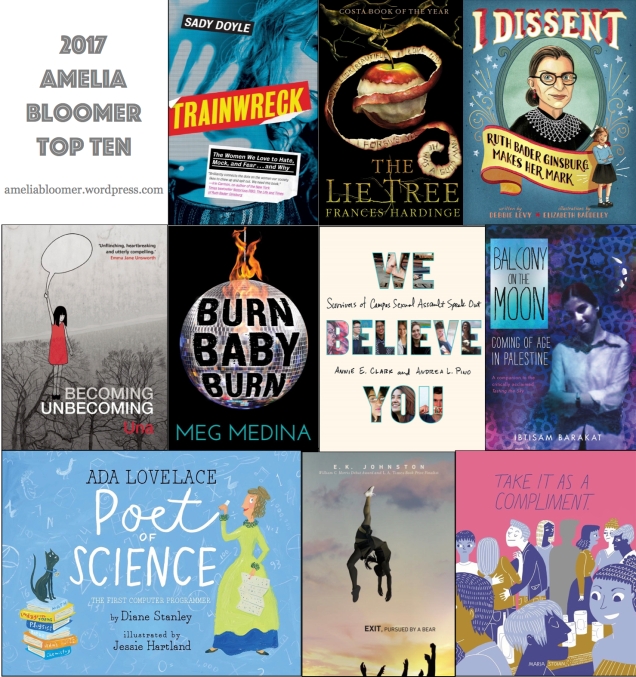 Trainwreck: The Women We Love to Hate, Mock, and Fear… and Why by Sady Doyle (Melville House)

We Believe You: Survivors of Campus Sexual Assault Speak Out by Annie E. Clark and Andrea L. Pino (Macmillan/Holt)

The Amelia Bloomer List is a project of the Feminist Task Force of the Social Responsibilities Round Table of the American Library Association.